Description of 360fly Get the official 360fly app for Android phones and tablets. The app serves as your 360fly’s camera 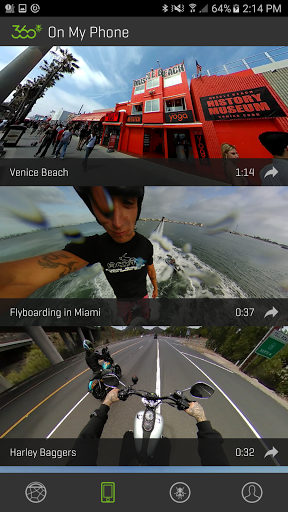 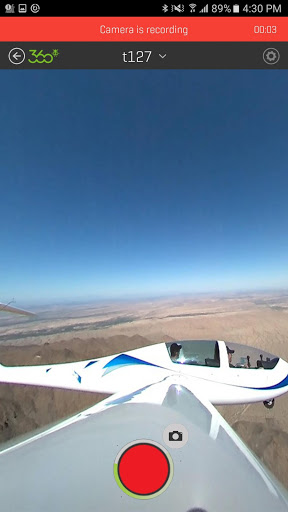 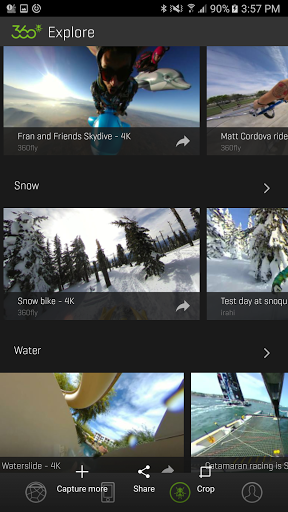 Description of 360fly Get the official 360fly app for Android phones and tablets. The app serves as your 360fly’s camera’s viewfinder, controller and editor, giving you the power to capture, edit and share immersive, interactive 360° HD video directly from your mobile device. The 360fly app also enables anyone to view and interact with full 360° footage from his or her family, friends and favorite athletes. More…Key Features:–Camera ControlThe 360fly app gives you intuitive control of your 360fly camera. This includes serving as your camera’s viewfinder, on/off recording button, live video viewer and storage for your most epic 360° videos.–Editing SuiteThe 360fly app lets you edit and share 360° video, standard video and stills directly from your Android device:•Clip CaptureCreate interactive, explorable 360° videos—including adding filters, motion sequences and soundtracks—then share it on social media and the entire community of 360° shooters at 360fly.com—with the push of a button.•Watch MeEdit 360° video for viewing in standard 16:9 format on Vimeo, Vine, YouTube, Facebook, Instagram and other social media. Push, pull and swipe to control your viewers’ experiences in ways that once took a small fortune in equipment and software to achieve. •Still CaptureWhat if you could frame photos from every angle, every POV before pressing the shutter? Now you can. Like its name implies, Still Capture gives you the power to snap attention-grabbing stills directly from your 360° footage and, again, share with the push of a button.–SharingWith the push of a button and from anywhere with wireless service or WiFi, you can now share up to two minutes of immersive, interactive video on 360°-compatible social media and 360fly.com. You can also share standard edits and stills, on the fly, without having to return to a computer.–Virtual RealityThe reality of affordable VR is here. With the push of a button, the 360fly app formats your 360fly footage for viewing with Google Cardboard. Like we’ve said, you have to experience it for yourself to see how this new world of video is changing everything.For a complete demo or to share your edits and feedback, please visit us at 360fly.com.For a list of supported devices, please visit https://360fly.com/supported-devices/System requirements:Android 4.4+

This article comes from the Internet and does not representcricket live appPosition, please indicate the source for reprinting：https://www.mybbh.com/8433/360fly/
1like
Label:Video Players & Editors